What is the true impact of spending relative to how much you need to save to support that spending in retirement? 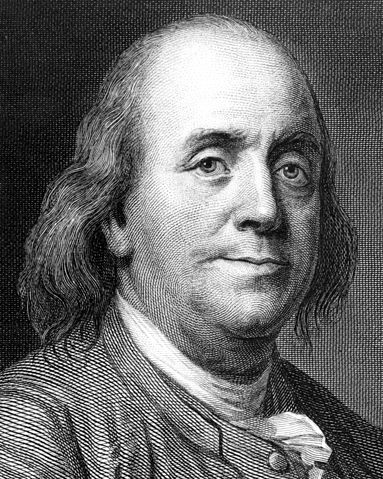 We’ve all heard the phrase “a penny saved is a penny earned”, which is usually attributed to Benjamin Franklin, inventor of the bifocals. And while Benjamin Franklin is revered by the monocle-loving crowd, his adage does not accurately represent the true worth of a penny saved in the context of an early retirement. Let’s take a look at what a penny saved in your monthly expenses equals in terms of how much money you need to save.

When we talk about income needs in retirement, all we’re really talking about is covering our living expenses. So, if we can reduce our expenses by $1 per month, then we can retire with $300 less in our portfolio.

Accounting for taxes can be a little more tricky because the tax rate depends on when the money is taxed. If it is taxed while you are in your peak earning years, you might be paying a combined 33% or more federal and state taxes, not to mention sales tax on whatever your are spending your money on. But after retirement, you should be in a lower tax bracket.

For the sake of argument, let’s assume you have deferred your taxes until retirement and that the money you’re spending is coming out of a traditional IRA. And let’s say you’re in the 15% federal bracket, 5% state and 5% sales tax. It’s pretty easy to get to 25% combined taxes even at lower tax brackets.

Using the $400 multiplier from above, consider some typical monthly expenses and their impact on your savings.

Daily expenses have an even bigger impact per dollar. If you consider a daily expense to be around 25 times per month, then you need 25*$400, or $10,000, to cover every $1 of daily expenses in the future. The math couldn’t be easier, just add 4 zeros.

Now, if you can’t live without your Starbucks, maybe just downgrading to the grande size will save you $10,000. And maybe you could even learn to clean your own damn monocle and save another $10,000.

I have been a little bit loose with the numbers partially because it’s hard to know exactly what your withdrawal and tax rates will be. But the point of this article is to give you some ballpark numbers with which to evaluate whether an added expense is worth it. Simply put, to figure out how much money you’ll need to support a spending level in retirement:

Hopefully this rule-of-thumb will help you think about the impact of spending on your retirement.